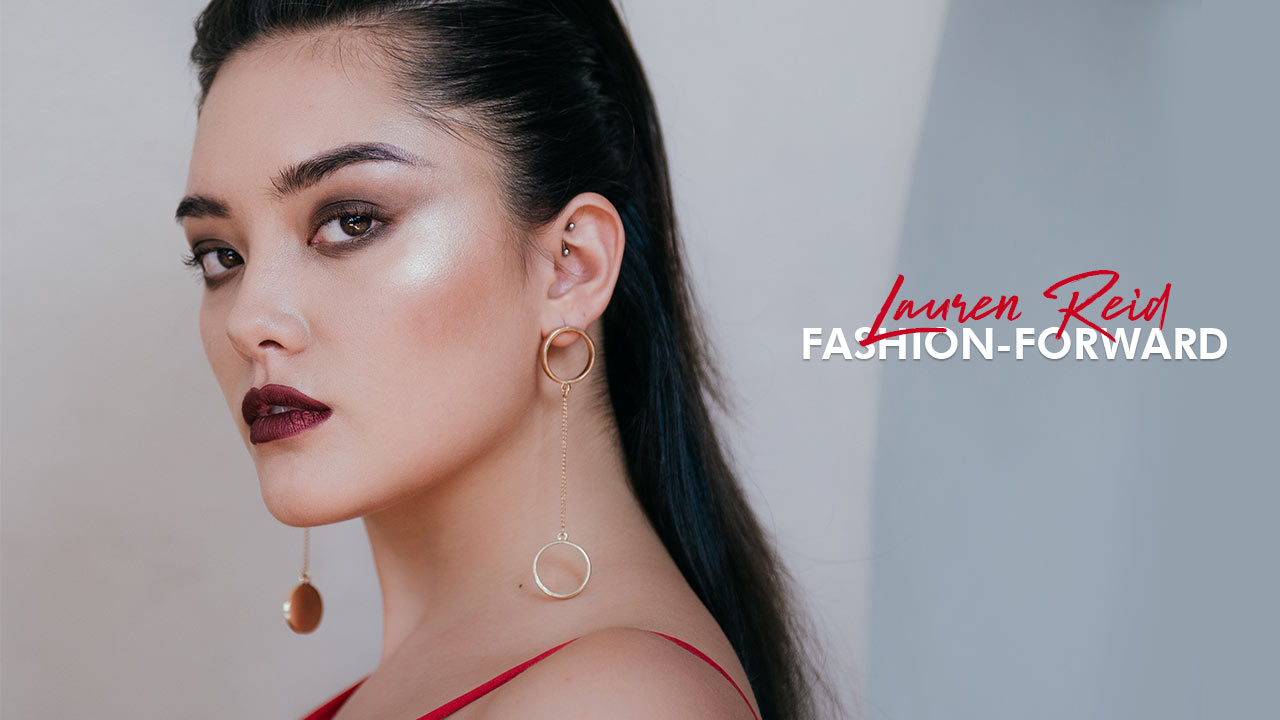 As we strut our way into one of the most exciting months of the year in the fashion industry, it was only fitting that our September issue emphasized one of the most promising young designers our country has to boast. Being part of the Mercedes-Benz Fashion Show once and New York Fashion Week twice, Rosenthal Tee is no stranger to being unorthodox and has no doubt elevated Philippine fashion on a global scale—and we’re more than thrilled to be collaborating with her in our fashion-forward issue.

Her distinct and edgy designs complement our fascinating and equally unconventional #CalyxtaGirl—from moving out of her home when she was 15, to working odd jobs before finding a role in corporate, to moving here in the Philippines and stumbling upon an industry innately drawn towards a remarkable kind of beauty (trust us, the 24-year old is a vision even without makeup), fashion model, endorser and fitspiration, Lauren Reid, reveals her quirks, contagious laugh, and eccentricity in our series of cover stories this month. 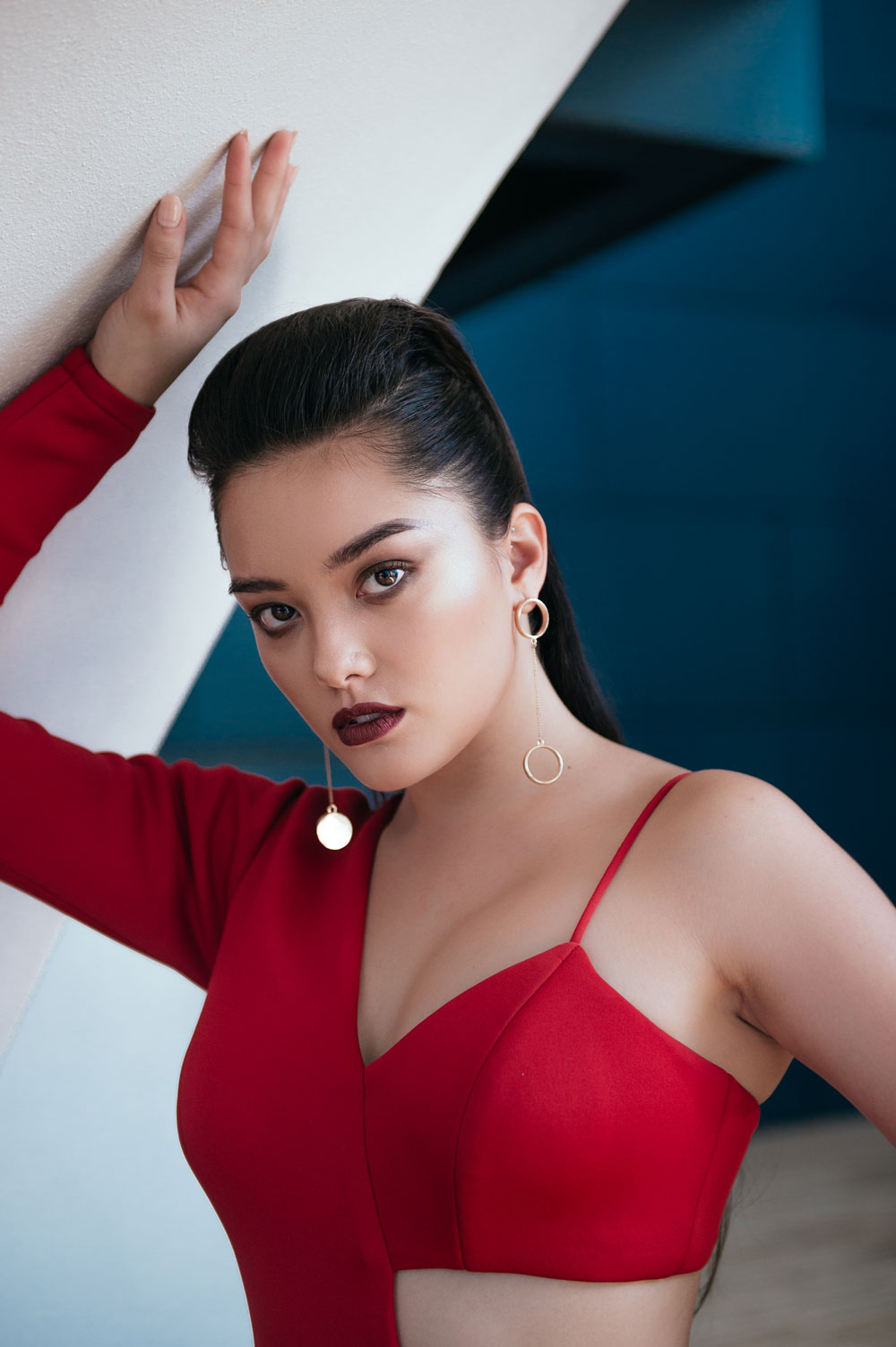 Tell us something people don’t normally know about Lauren Reid.

Oh—what do people know about me? That’s actually something that I like to ask people—what their perception on some things are because I don’t really know that. Sometimes, I go through my Instagram and my Facebook and look at what kind of image I portray to people and I don’t know if what I portray and what people think is something totally different. But what do people know assuming that they know nothing (laughs)—I am actually a human resources professional so I used to work in the corporate kind of world, and since I moved here it’s become more about doing magazines and shoots, and things like that which is amazing. It’s a really fun lifestyle. It’s given me the opportunity to live and act my age, unlike before where I felt like a 40-year old travelling around Australia and attending business meetings. Now I’ve kind of wound down and become a very easy-going person—until I’m at home with my brothers and I become like a mother and be like, “Do the dishes! Nah, nah nah.” (laughs)

Are you a strict type of older sister?

I’m the type that looks after everybody. I think just because I’ve lived that type of lifestyle where I looked after myself unlike my brothers who had a very different upbringing. So yeah, I do that for them—cooking, cleaning, doing dishes.

Was that your lifestyle in Australia?

Yeah, it was normal. You know—I’d do activities in the weekends but otherwise, it was working every weekday. Yeah, just the normal life. Whereas now I have more free time where I wake up, exercise, go and do things for the house, do the cleaning, go and do groceries, and then I cook for everybody. Or if I have work, I put on my hair and makeup. For example, I go to an event and I might have a meeting later, and then see people after or go home and sleep so I can do it all again the next day.

Well, my childhood was nice. It was different to everybody else because one, my dad wasn’t really there. For six months of the year, he would be in the Philippines and six months, he would be in Australia. And then we had like a yaya for a year or two and then she left, and then it was with my dad’s partner for the next few years until the time when my dad would be there and be the co-parent. (laughs) So yeah, basically it was kind of like that. Because she also had another son—my little brother, Jack. They, you know, sort of had a stronger connection. It was until I moved out of home when I was 15 that we became close. Now she’s like a friend more than a step-mom.

You moved out when you were 15? Wow, you must have learned how to do everything at a really young age!

I moved out because my dad and James moved here (in the Philippines) to go to school. I mean, I lived with them actually here for three months and then I decided that school here wasn’t for me. I wanted to finish in Australia. So I went back there and moved out. I had like six jobs at one time while going to school. So I’d do a morning job, and then afterwards I’d go to another job, and then another one later at night, and then a lot of other stuff, yeah. 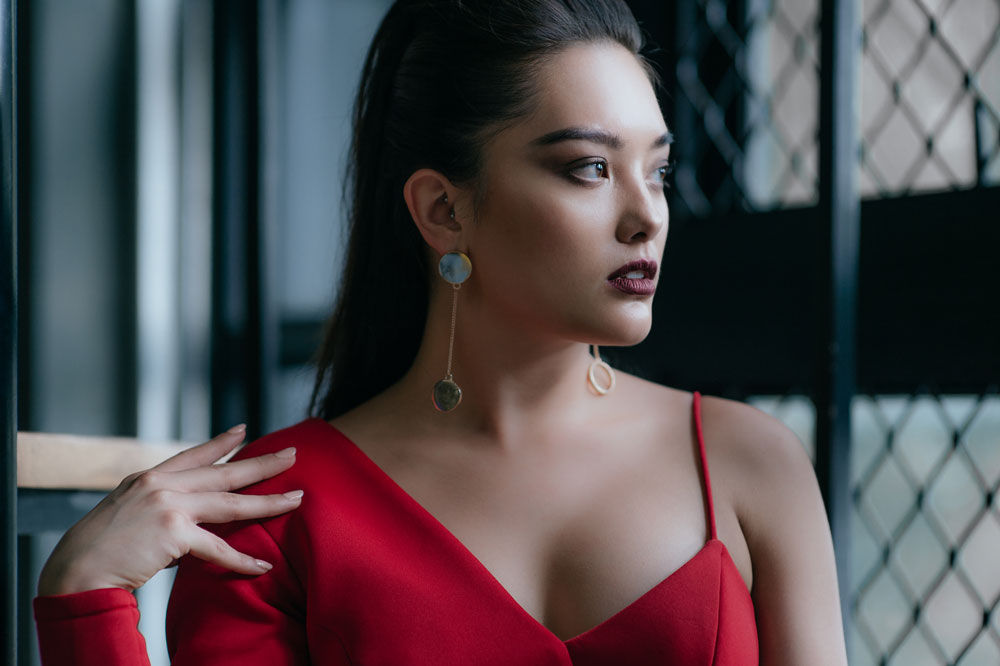 Yeah, it totally is. Oh, and I also worked in a club. I was a bartender for a while. So it’s fun.

What was your favorite job? Or was there a favorite sort of profession?

The last one was really fun. The people that I worked with for about three years—the hygiene and sanitation services and the labor hiring company were the same owners. The hygiene we did was provide cleaning services to slaughter houses, which I know it’s not fabulous at all and at the time, I was actually vegan. It messed with my moral compass—like you know, I’m working for this when really I don’t support it. Like—what am I doing? Eventually, I went back to eating meat because of someone I was dating at the time. He wouldn’t let me just eat vegetables and he would say, “That’s not healthy for you!” But it was probably my favorite because the people that you work with, you actually spend more time with them than your partner or your family members and they were really, really good people. They were all much older than me. They were maybe 40 to 70 years old. I was by far the youngest. I started working with them when I was 19? 20? So super young. But it was fun. Not fabulous but it was fun.

When did you move back to the Philippines? 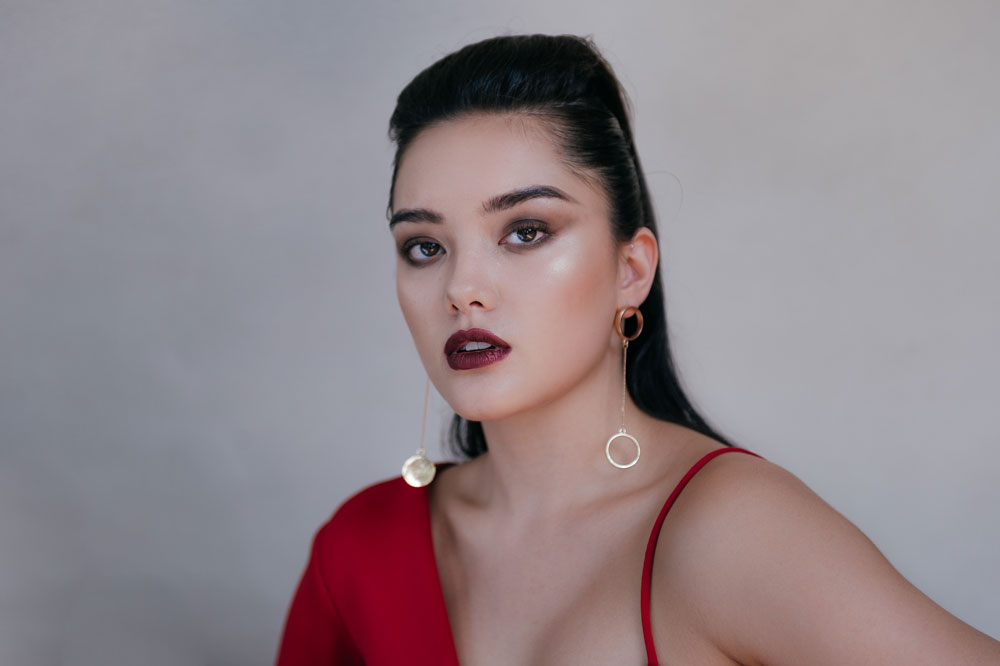 Was it a big adjustment for you?

Yeah, totally. The first few months, I kind of didn’t know what I was doing. I was applying for jobs with no intentions of doing, you know, what I’m doing now like at all, whatsoever. And I was kind of in this zone where I just didn’t know what to do. So it was James who actually invited me to come with him and Nadine to America while they were on tour. He was like, “Come with me. Come take a holiday and you can decide what you want to do when you get back.” You know, travelling helps you do that. So I went with him and then when I got back, I got into this industry! And actually, last year with Preview Magazine, I was on my first magazine cover. It was also September for their fashion month. I have this really big blown up version of the magazine cover from Preview in my room. But you know, I don’t want to be seeing my face all the time so I kind of hide it in the corner. (laughs) But I like knowing that I have it there. It’s a good remembrance of that achievement.

I mean, it’s hard. Because really, I’ve taken on this kind of role in my family. I manage all the groceries in the house. If I’m not there for a couple of days, the fridge is totally empty, dishes are everywhere, and all the laundry isn’t done. I go into a real stress mode when it comes to the house. Everything else in my life I’m kind of just like, eh. I used to be very anal, I guess, about everything. I got used to managing people in a company so I was very strict. Fun, still kind of, but also strict. When I came here, I loosened up a little but then when it comes to my family, I just want to see them doing well in life and all that. I just want to help out and kind of help look after the house.

Does everyone have their own responsibility when it comes to household stuff?

Yeah, but they don’t do anything. (laughs) So we have a lady that would actually come in and help do the laundry and the dishes. Just those two things. Because we go through all the dishes in a day. I swear, I have to buy so many more. A normal set is like 12? We’ll go through it in a day, then we have to use paper plates because nobody wants to wash the dishes! It’s hilarious. Until I clean it, basically. Being the sister of these guys—you know, they’re a lot of fun and everybody has such great attitudes towards life. But I like to keep them together in that sense and do the house stuff, so that they can focus on other things. I can multitask these things but them, not really. James is way too busy to even think about it. Fair enough. With my two other brothers—one is starting a movie, so he’s doing a lot of workshops and things like that at the moment. I kind of want him to focus on that and not need to worry about other things. My other brother, Tom, he’s starting to go into the modeling kind of path. 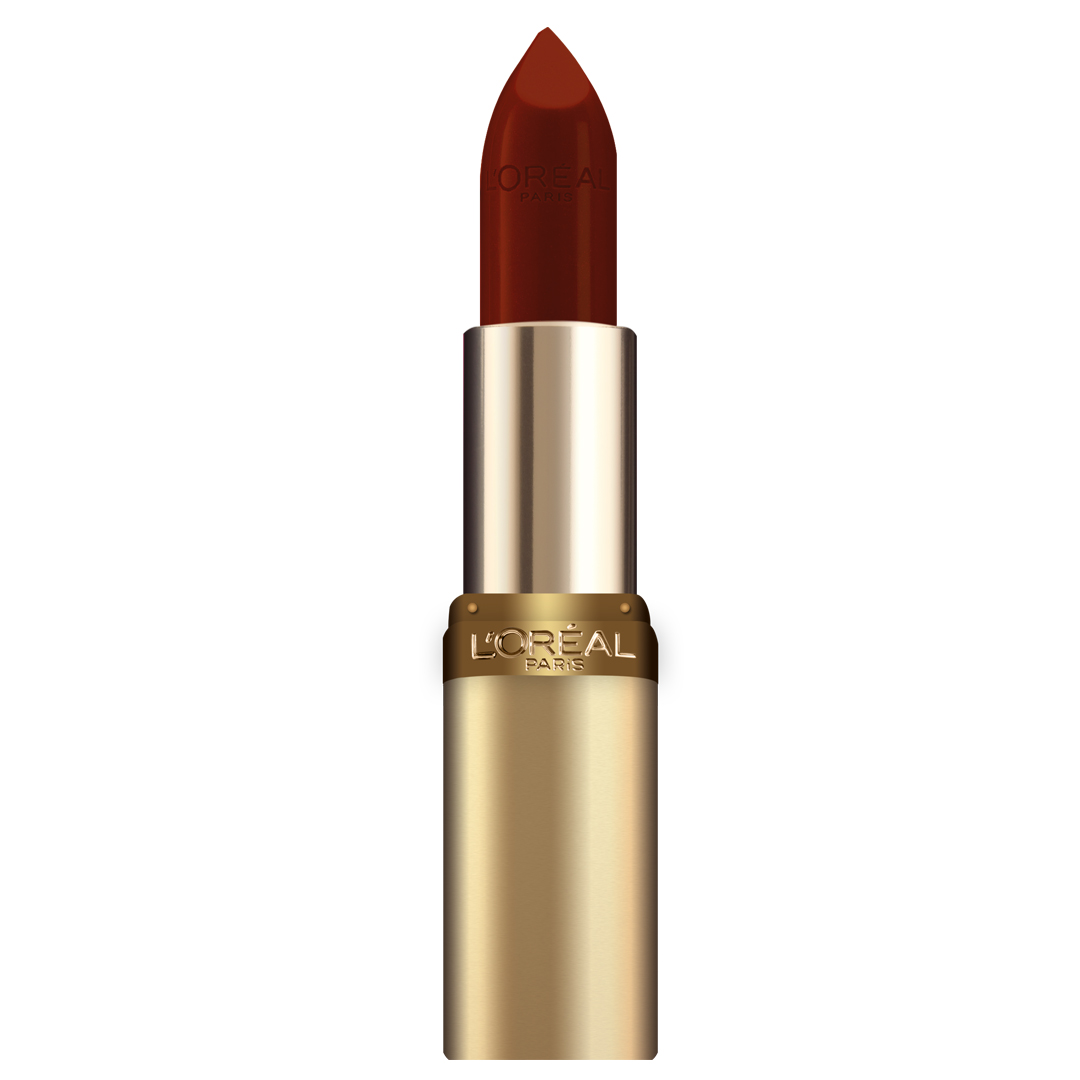 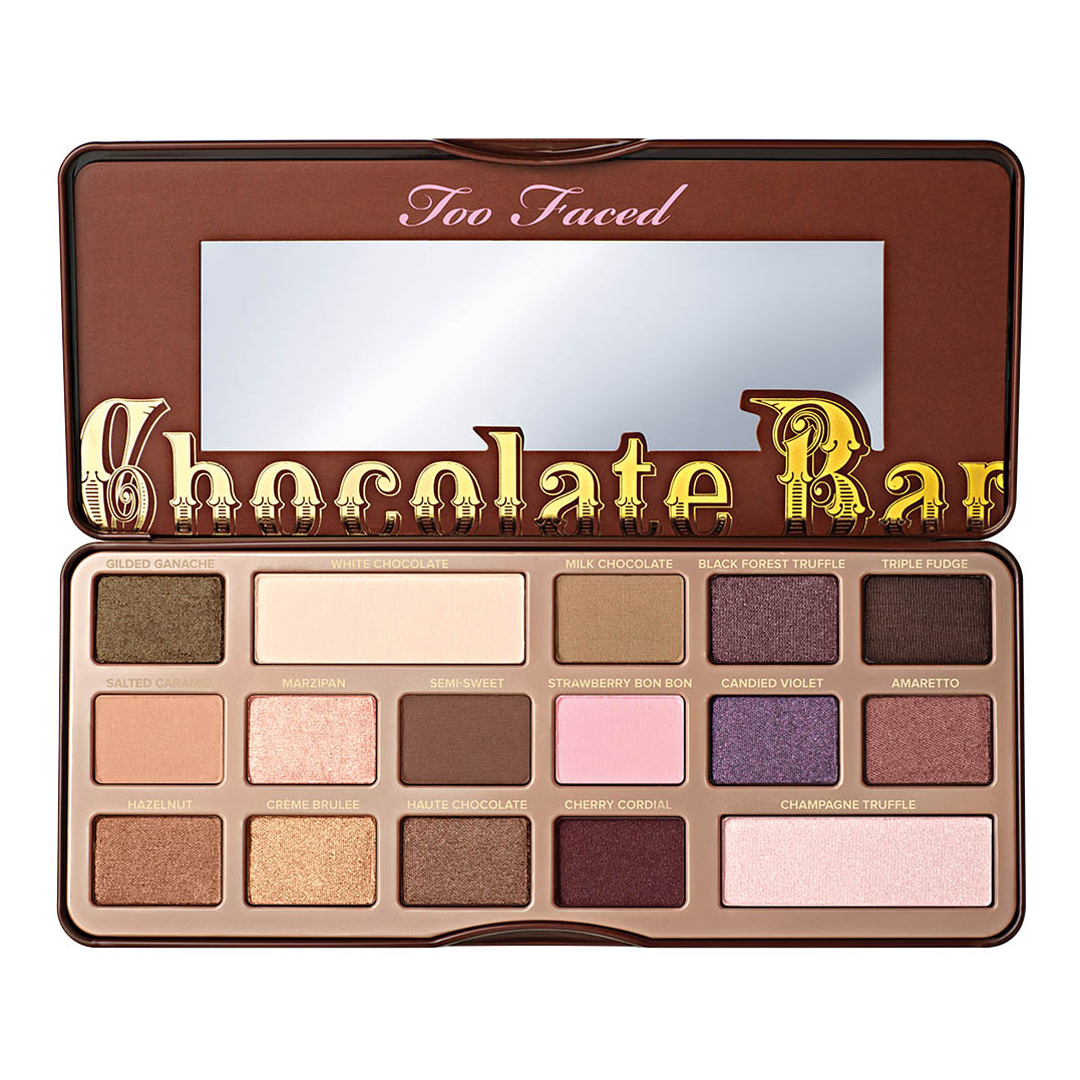 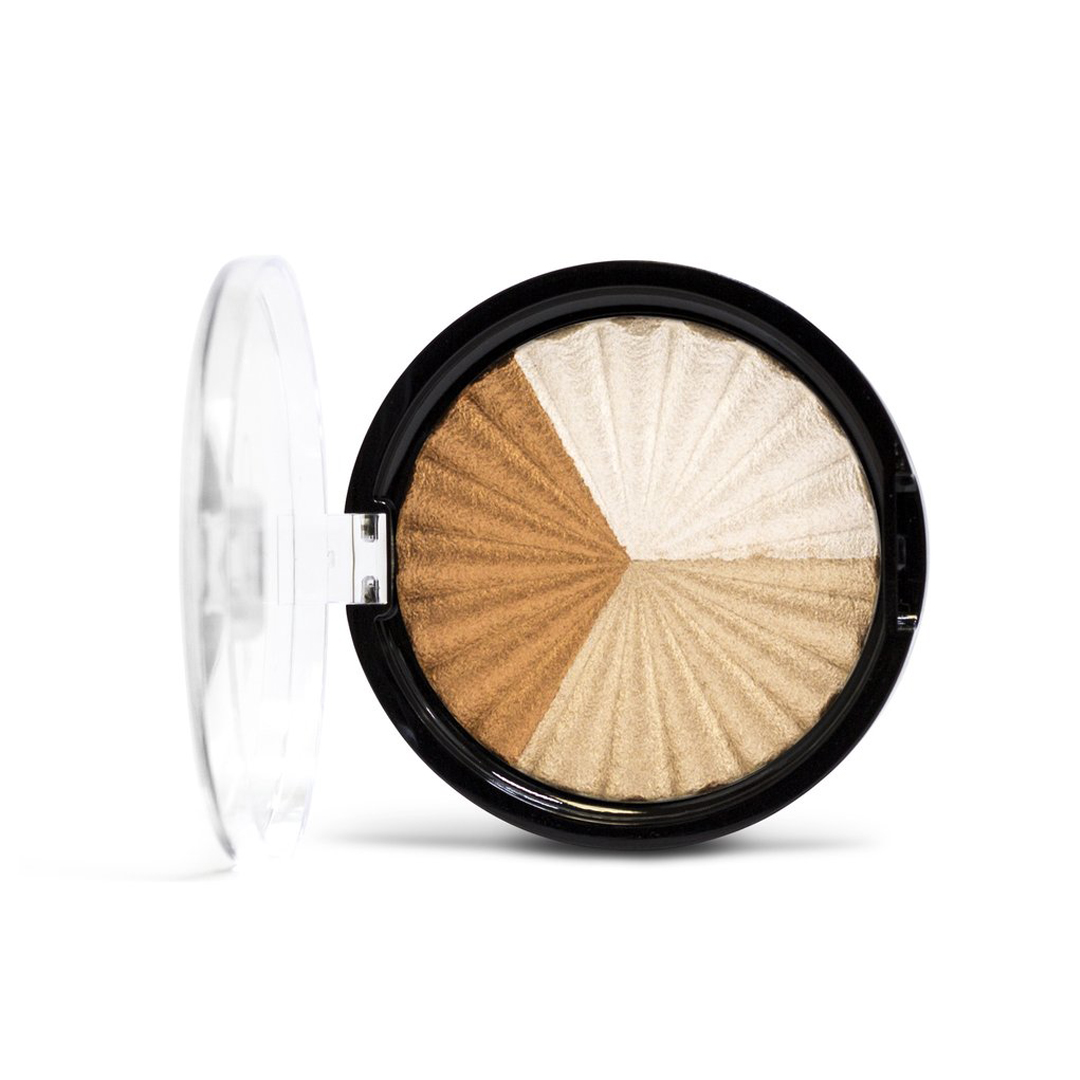 It’s pretty cool how unconventional the set-up or structure is but how you own it and make it work. Most families here are traditional and tend to shelter their children—I can’t imagine running a whole household or doing the things you’re doing at 24.

Well, there’s kind of like two Laurens. There’s the fun Lauren that’s the younger sister to my older brother and then there’s Mama Lauren. Even with our friends, I’m like, “You’re going to put that dish away, right?” and they’re like, “Yes, Mama Lauren.” (laughs) I mean, I think it’s just fair that everybody does their part. We all live together and our friends basically live with us. They’re over almost every day so, you know, everybody helps out and we can enjoy the space that we’re in!

In the weeks following our first cover story on Lauren, get to know more of her fearless and vibrant character as we talk beauty, fashion, family, fitness, dancing, dream jobs, and more only on Calyxta.com. Be sure to also follow us on Facebook, Twitter, Instagram and YouTube for snippets of our incredibly fun shoot with this stunning September Calyxta Girl.