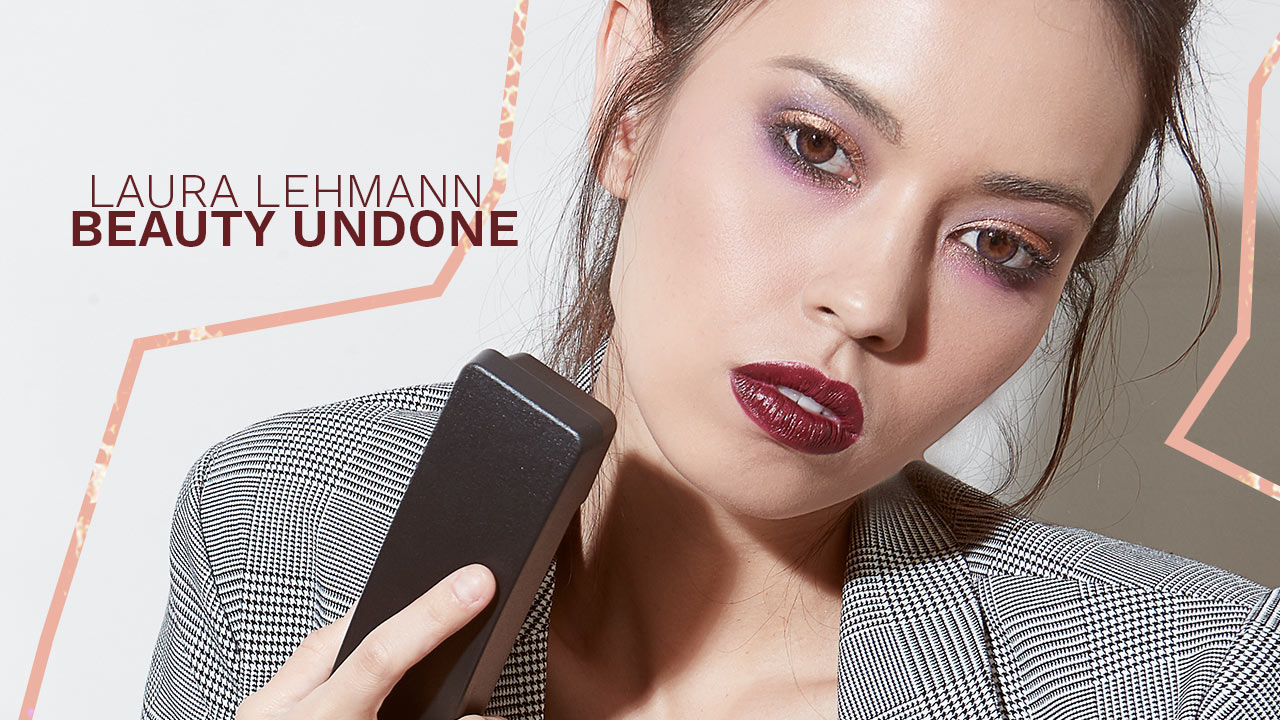 This month is all about embracing fresh skin, removing the heavy makeup, and getting unready—and who better to capture that than an unconventional beauty queen with the most low maintenance makeup routine, and who would much rather step out of the house with a bare face?

For our March 2018 #CalyxtaGirl, Laura Lehmann, skin will always be in. And you’ll see this when you read through her cover stories this month—from growing up as a tomboy who loved sports (especially softball, where we were coincidentally part of the same club), which eventually shaped her influences and preferences (including wearing as little to no makeup as possible on off days, celebrating her freckles, and being confidently carefree in the skin that she’s in), to her unbelievably simple skin care and makeup routine, and to her experience as Miss World Philippines 2017.

Read through our first cover story for March, as Laura opens up about her childhood, love for sports, and balancing her school and career especially when she won Miss World Philippines. 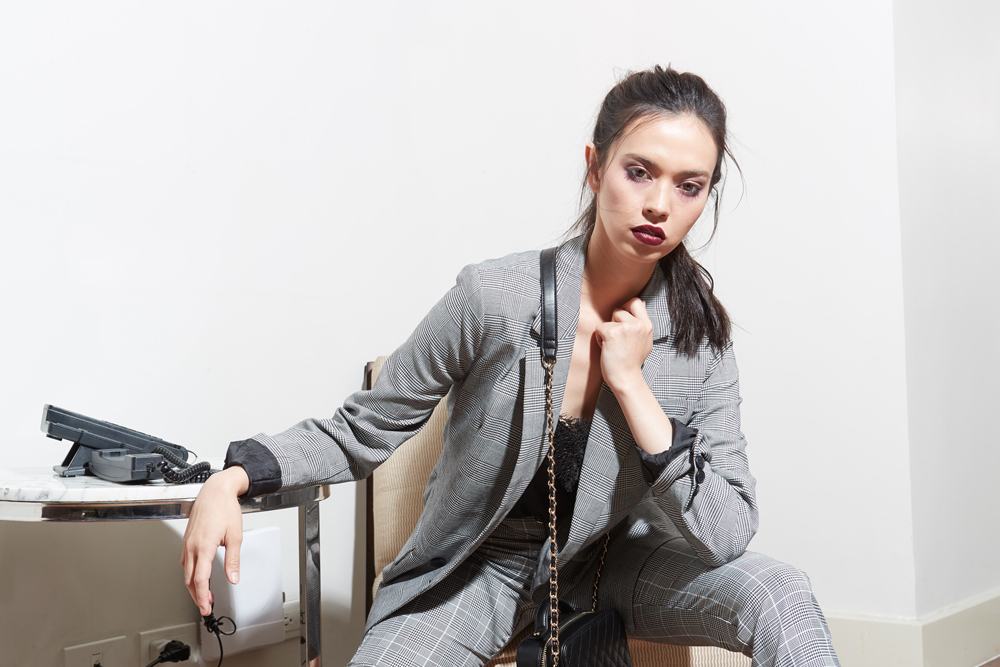 In three words, who is Laura Lehmann?

Oh my gosh! This is such a pageant question. (laughs) That’s so hard to answer!

Or what do people not know about you and that they don’t see on social media?

I think people think that because I’m a beauty queen, and that I’m on TV, I’m always fixed? And I have nice clothes, and I know how to dress, but if you ask Vania (my manager), the reality of it is it’s so opposite. She got a stylist to shop for me because I can’t shop for myself, because I really don’t know how. Like I’m really not into those stuff! But sometimes, it’s hard because I know that being a beauty queen, you kind of have to do that and you kind of have to know how to fix yourself—but to be honest, I don’t. Like my hair’s still wet right now. So yeah, I think I’m just a bit more normal and messy than people think. 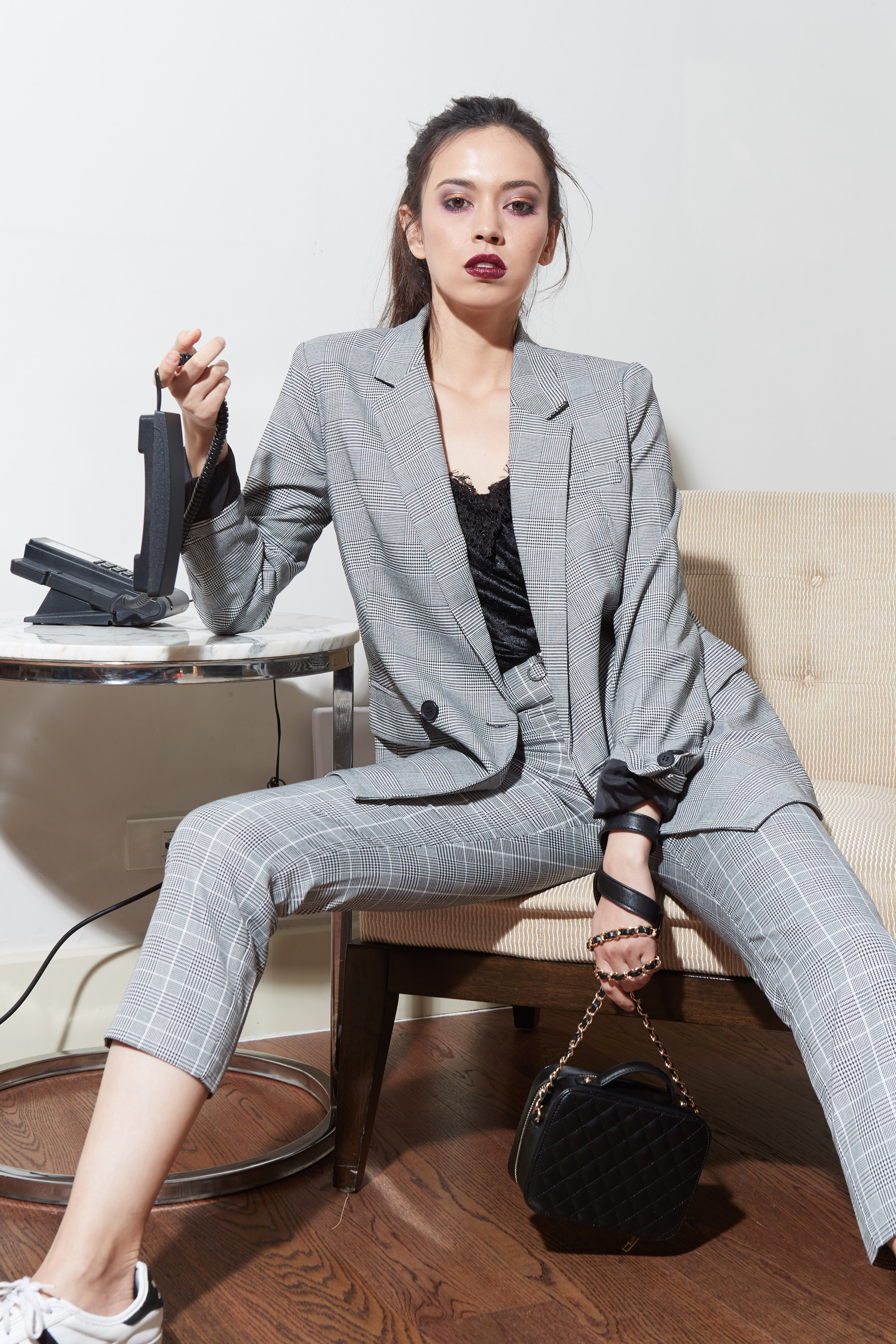 Can you give us a bit of a background on your childhood? How was it like growing up? Did you grow up here?

Yeah, I was born and raised here, and basically, I never really thought I’d get into beauty pageants or anything TV-related. So I was really a nerd, I was super geeky, I was always highest honors, I was class president. And I was studying to become a doctor! I was on a scholarship through high school and through college, because that’s what I really wanted to do, so just anything that had to do with academics was my thing. I would play a lot of sports like softball, rugby, and stuff like that. And I was really clumsy! I’ve broken two arms, both my legs, dislocated my shoulder. I’ve gotten into a lot of accidents. So that’s what my childhood was like. Very not anything like what a beauty queen is. It’s the super opposite to it.

What’s your go-to comfort food that you always crave for?

Well, I really like Korean BBQ. Cooking the Korean BBQ meat and having it with rice. I think Asian food would be my favorite food!

Was softball the first sport you ever played?

Yeah, so I started playing when I was five years old, and actually, because my family played it. That’s why I got into it. I only stopped when I was 18, before I went to college because I studied in the States. And I was studying Neuroscience, and when you study that stuff, you really have to focus. So I couldn’t join any team or anything like that.

But prior to that, did you ever get to compete at Nationals or the South East Asian Youth Baseball and Softball Tournament?

Yeah! I went to Nationals almost every year, and then I’ve been to the World Series three times in the States. The Philippine team was good enough to make it to that level, but we could never beat the States because the level was just so different.

What was your favorite thing about playing softball?

I guess you just really have to love the sport to have played it for as long as I did. I played it for 13 years. I remember one time I was doing ballet and softball at the same time, and it was taking up too much of my time, and my mom had to ask me if I wanted to do more ballet or more softball because I’d have to choose, and I told her softball. And I think it’s because my friends were in softball. With ballet sometimes, you’re alone. But with softball, you’re 12 girls in a team. So they were really my friends growing
up.

What do you think was the most valuable lesson you’ve learned while playing it?

I think it just made realize how important sports is. And I know that if I have a child, I’m going to enroll him or her in sports, too, because it just gives them something to do, it keeps them healthy, and you kind of know how to work with a team, and you use that for when you grow up.

We heard that you were very boyish growing up. How was that like?

Well, basically, I think that’s kind of why I’m still not used to all the girly stuff today. I was just very, very, very boyish. I didn’t even know what Binibining Pilipinas was! To be honest, I had no idea. I really just wanted to play sports and become a doctor, get through school and all. The only reason I entered pageants was because when I was in college in the States, I came home for Christmas one year, because you know, Filipinos come home for Christmas! And someone approached me and asked me to join Binibining Pilipinas, and at that time, I was supposed to do a study abroad. You know the study abroad programs that people do? So when I was doing a study abroad for a semester, I came home for a semester to join, and I didn’t really make anything of it. I thought it was just going to be an experience like, “Oh, I’m doing something so different!” while everyone there was either a model and or an artista, and I was really nothing! I didn’t know anything. So, it was kind of like a year off for me, but I ended up winning and it kind of started my career. 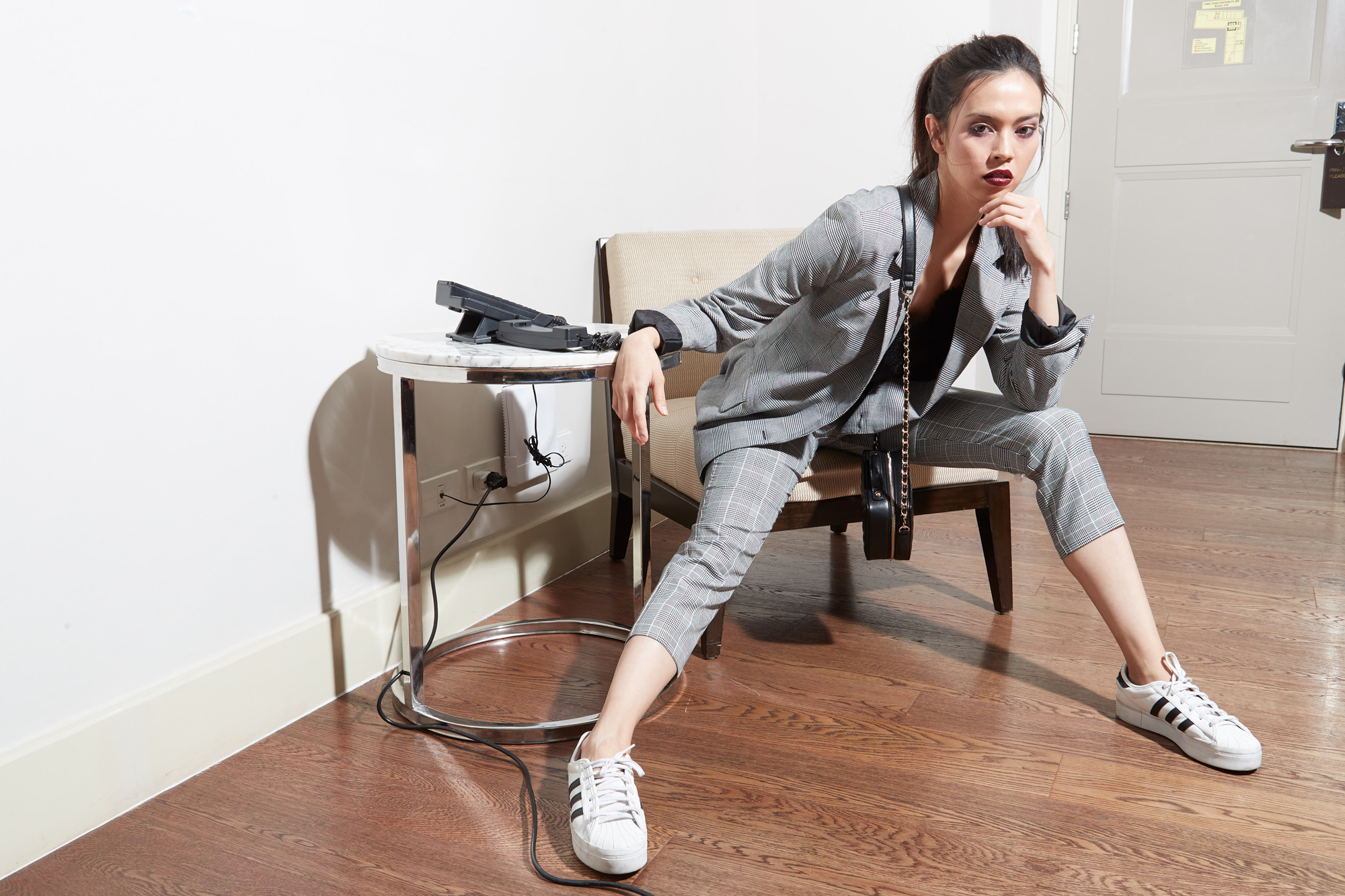 Growing up, what was your childhood dream? Was it really to become a doctor?

How did you start becoming a courtside reporter?

Well, when I was 1st runner-up in Binibining Pilipinas, if you win, your reign is 15 months. So I couldn’t go back to the States because then, I would give up everything that we would do for Binibining Pilipinas. So I had to stay. And at that time, I was still young for beauty pageants. Everyone else was like 26 and done with college, but I wasn’t done with college yet. So while I was here, I was like, “Okay, I’ll enroll in a school.” So I enrolled in Ateneo. And at first, I didn’t even exit or withdraw from my school in the States. It was more like, “I’ll take supplementary classes in Ateneo.” And then the manager from Binibining Pilipinas told me that, “Oh, you know, they’re auditioning for courtside!” And honestly, I didn’t even know what that was because I went to ISM, and when you don’t go to a school that’s in the UAAP, you really have no idea about UAAP, so I really didn’t know! I just knew that my family went to Ateneo before, but I had no idea about UAAP. So he brought me and I auditioned. 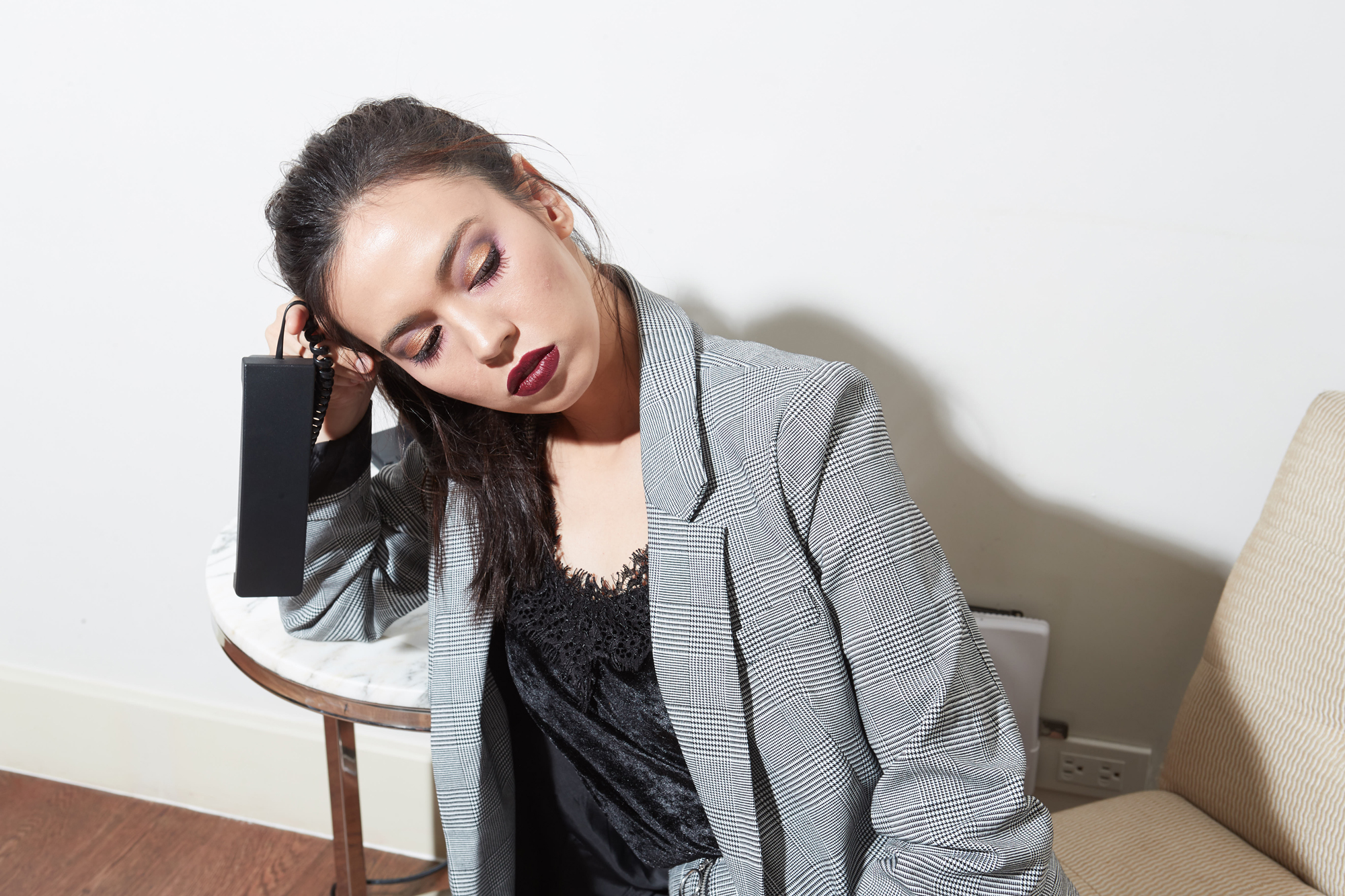 So even the rivalry between Ateneo and La Salle?

Nothing! I didn’t know anything. But I auditioned, and eventually I made it. So while I was going to class, I was being a courtside reporter. And to be honest, I didn’t really know it was a big deal or anything. And when I was going to the games, I was like, “Oh. People take this seriously.” (laughs) 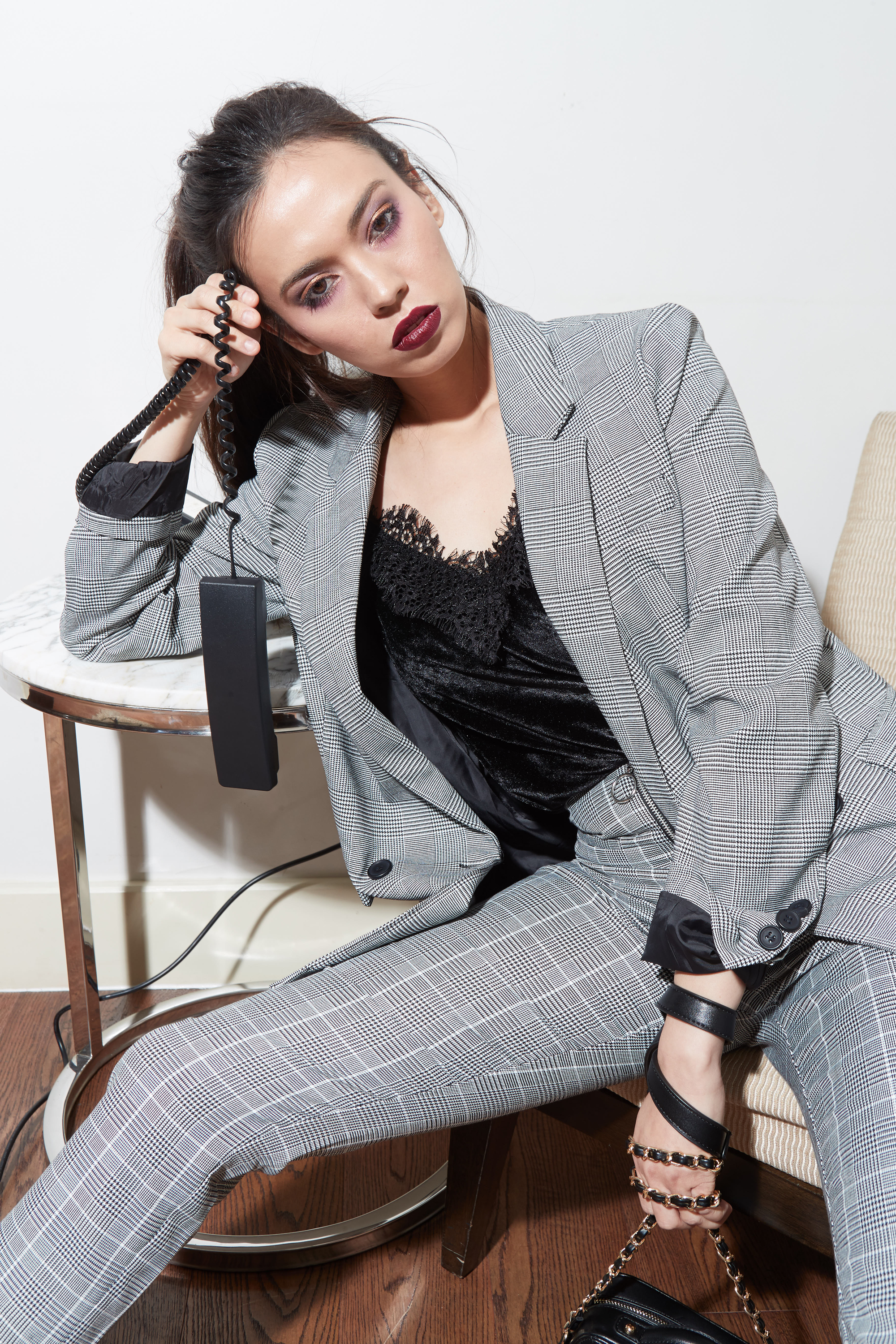 Did you have to know the game? Or study it?

I think you have to be sporty or have some sense of sports just to know the level of competition. But I didn’t have much basketball IQ. I think what happens is when, you know, when you’re courtside, it’s not something that’s taped or filmed. Everything is live. Like your first job is just live in front of all these people! (laughs) So you really have to step up to the plate, otherwise, mapapahiya ka. You’ll embarrass yourself. So I think that pressure made me work really hard, and I really tried to get to know the game and understand it, just so I can represent Ateneo well, because they were very prestigious in the UAAP, so I wanted to make sure.

What happened to your school in the States?

Yeah. So what happened was eventually, I withdrew from the States and continued in Ateneo. But then, when you join pageants, you have to take a break from school because it’s hard to do Monday to Friday classes, 9 to 5, and not have time. So what I do is I take about two, three, or four classes per semester depending on my schedule. So this semester, because I’m Miss World, I’m out of school completely because it’s just impossible to do that. But when I was doing my show and doing courtside, I took about three classes per semester. So I would go to school on Tuesdays and Thursday, and work the other days.

Wow. You have to balance everything!

Yeah. But it’s just nice for me. I felt very lucky.

Special Thanks to: ARUGA by Rockwell