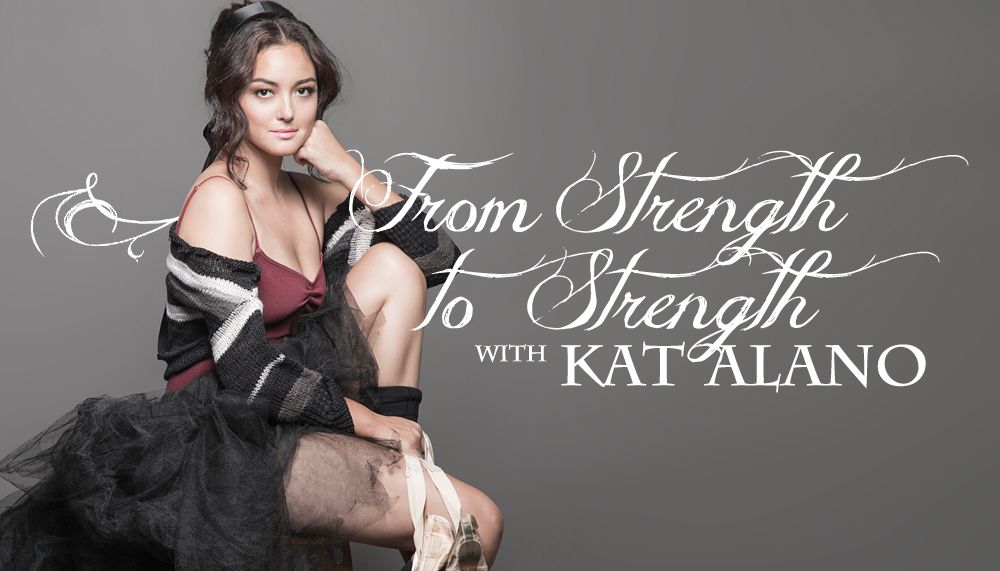 In the early months of 2014, at the height of a much-publicized rape case, something shifted in Kat Alano. A memory from ten years ago, a horror she buried deep, came rushing back to the surface. She was raped. And she wasn’t going to be silent about it anymore.
That’s when her world fell apart.

When Kat Alano came out about her rape, she was attacked from all sides. “People were calling me a whore, calling me all kinds of names. Some people threatened my life,” she recounts the flood of cruel messages she received on social media. “I lost my jobs. I became blacklisted in the industry so I couldn’t host anymore.” Even some of her friends and family turned their backs on her.
The months that followed were the toughest of her life. “It was horrific,” Kat says. “Only the people closest to me saw how I suffered. They don’t see the trauma in public. They don’t see the depression, the tears, the pain.” 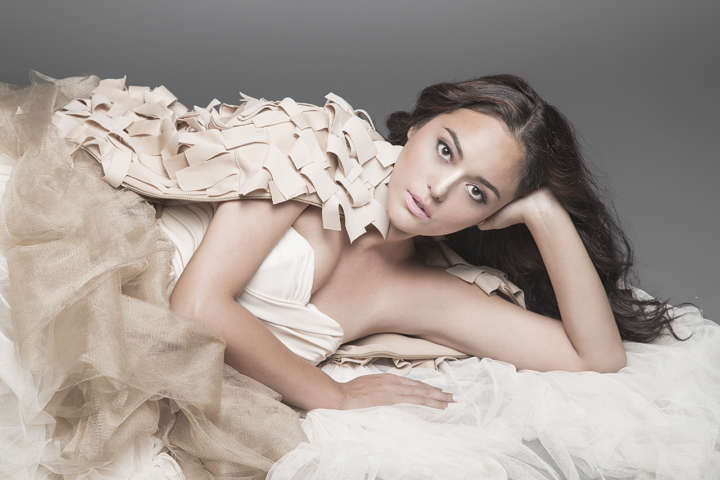 Kat found herself sitting alone at home a lot — tough going for someone who enjoyed her jobs so much. “I’m not good at being bored,” she explains. She threw herself into writing music and quietly launched her album online (https://itunes.apple.com/ph/album/the-time-is-meow-ep/id944180738), which she describes as upbeat, having a funky, soul pop vibe. Her lyrics and vocals are infused with inspirational messages — a kind of salve for the growing disconnectedness she sees in the world. “I feel like music is a great way to get people to feel in touch with themselves again and feel anything. The whole point of me making an album was that I wanted to help people feel.”

Kat also taught herself how to draw and paint, which turned out to be rather serendipitous. When one of the boards of wood she had painted on fell over, her boyfriend thought of putting her artwork on yoga mats. They’ve since created a brand called Diwata Universal and have been selling to both local and international clients (https://www.facebook.com/diwatauniversal ).

“It’s changed my life,” Kat ventures a smile. “It helped me heal, being able to use (my pain) for something productive. The business is going to help fund the rape advocacy that I started.”

These days, Kat works hard at harnessing her pain to help others. She works with United Voices Against Rape (UVAR), a group that’s active on Facebook (https://www.facebook.com/uvar.org) and is in the process of setting up another platform (http://empower.org.ph/ ), where those who have been raped can read stories and articles, be part of a supportive community, and have a place to go for help. “For me, the most important thing is for people to remember that they’re not alone. Everybody feels alone because they all have this wall of shame and guilt: ‘I don’t wanna talk about it’ or ‘People might get uncomfortable’. Let people be uncomfortable! This is reality we’re talking about. Unless you talk about it, it doesn’t change.” Changing rape culture is a tough calling, but having grown up defending friends and family from bullies, Kat knew this was something she had to do. “I’ve never liked anyone who took advantage of people. I’ve never just stood by and let it happen.” Her brows furrow thoughtfully.

Kat believes that we need to stop buying into the idea that having any kind of imperfection or trauma is something we should hide. “When you repress a traumatic experience, you don’t realize how much damage you are actually doing to yourself. No matter how brave of a face I put on or how strong I seemed to people around me, deep down inside I was severely broken and depressed. I could never be truly happy, my self-confidence was tarnished. I worked hard and achieved many things, but it never made me feel any better about myself.”

Kat was ashamed for a very long time. Dealing with the aftermath of rape left her with nothing. And when she had nothing else to hide behind, she found herself. “Sometimes you really do need to break to rebuild,” she muses, “and in breaking you come out stronger. The strength you gain from overcoming your worst nightmares is something that others will never understand. People underestimate what it means to be able to stand on your own again. Now I feel free.”

Kat speaks with a sense of awe and gratitude — a keen awareness that despite all that suffering she endured, she is right where she is supposed to be. “In destruction, something amazing was created.” 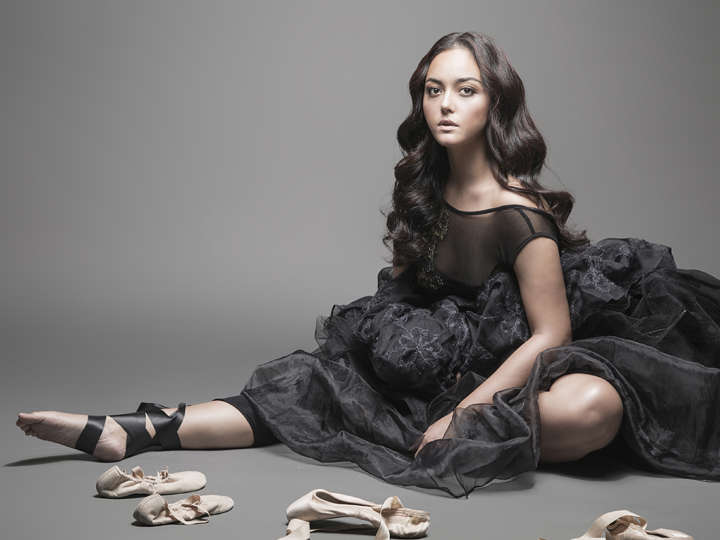 It was an excruciating year for Kat. She put herself back together brick by brick. And she’s become a better person for it. She’s a little more serious now, quick to comment on the many ills society faces. She’s a lot more honest, even if it means making people uncomfortable. And she is definitely no longer afraid, a necessary side-effect of having endured attacks online. For Kat, surviving is about more than just getting through the pain. It’s about healing and growth and finding her calling. And it’s a mission she’s more than willing to take on.

“Sometimes you really do need to break to rebuild, and in breaking you come out stronger.”

Being the voice of the downtrodden can be frustrating work, leaving Kat to sometimes wonder what she’s doing all of this for. Then she hears from another survivor and it’s all worth it again. “I get messages from others — telling me their stories, telling me how I changed their life, how ‘I was afraid and now I’m not.’” Kat shifts in her seat, tears welling up in her eyes. Her voice shakes as she remembers interactions with those who have reached out — the overwhelming feeling of connection and solidarity. “It makes sense that I did this,” her eyes shine. “I wanna fight some more.”

It took her almost ten years, but Kat Alano discovered a strength she didn’t know she had. The woman with the dulcet tones has found her voice and she’s offering it up to those who are still trying to find theirs. Her curse has become her blessing.
“I wanna help everybody. Everyone’s telling me I’m crazy, but I wanna change the world.”

If you sit around and do nothing, how would you feel about yourself? How do you live with yourself? 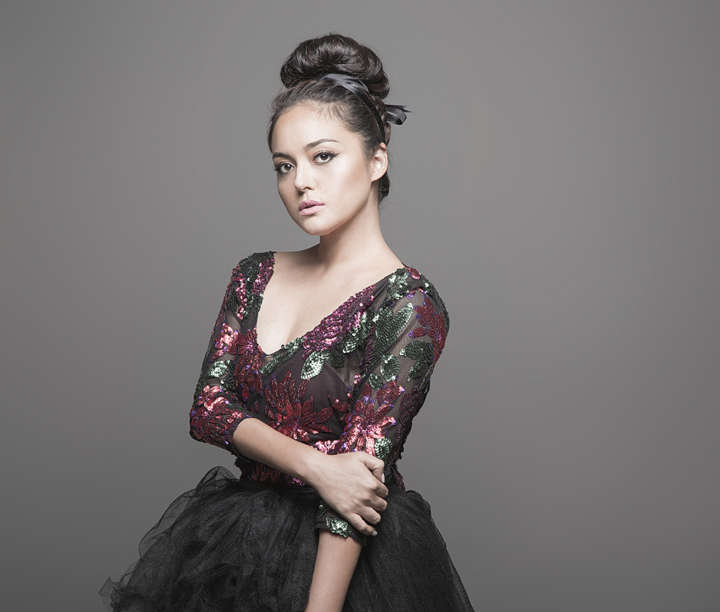 When do you feel the most beautiful?

I guess I feel the most beautiful when I feel empowered about myself. And to feel good about yourself for doing something that wasn’t about you for once. I like that feeling. It feels great.
When I write back to people who write to me, I feel accomplishment. It’s like: I touched that person today. I made the effort. I could’ve just been selfish and wallowed in my own suffering, but I chose to speak to someone and help them. And I’m proud of that.
All you have to do is one thing a day to feel good. Just one thing. And it changes you. Nobody takes pleasure in those things anymore. They don’t feel beautiful about the things that they do.

What do you find most beautiful about yourself?

My strength and determination. I have always been stubborn, but in the past year it has helped me through the worst.

What is your beauty routine?

I really have such a simple beauty routine. I don’t wear a lot of makeup . I only wear makeup when I have to, because I like my skin to breathe. I’ve been wearing eyeliner and mascara for forever. Those are my favorite things.
I always wash my makeup off every time I come home. I use Shu Uemura’s makeup remover and I just use facial scrub. Every couple of weeks I’ll do one of those face masks that tighten your pores and clean up the dirt. Once in a while I’ll get a facial. In general, I try to keep my face clean and moisturized. I hydrate a lot and sleep well. And also, happiness from the inside.

Who is the Calyxta girl?