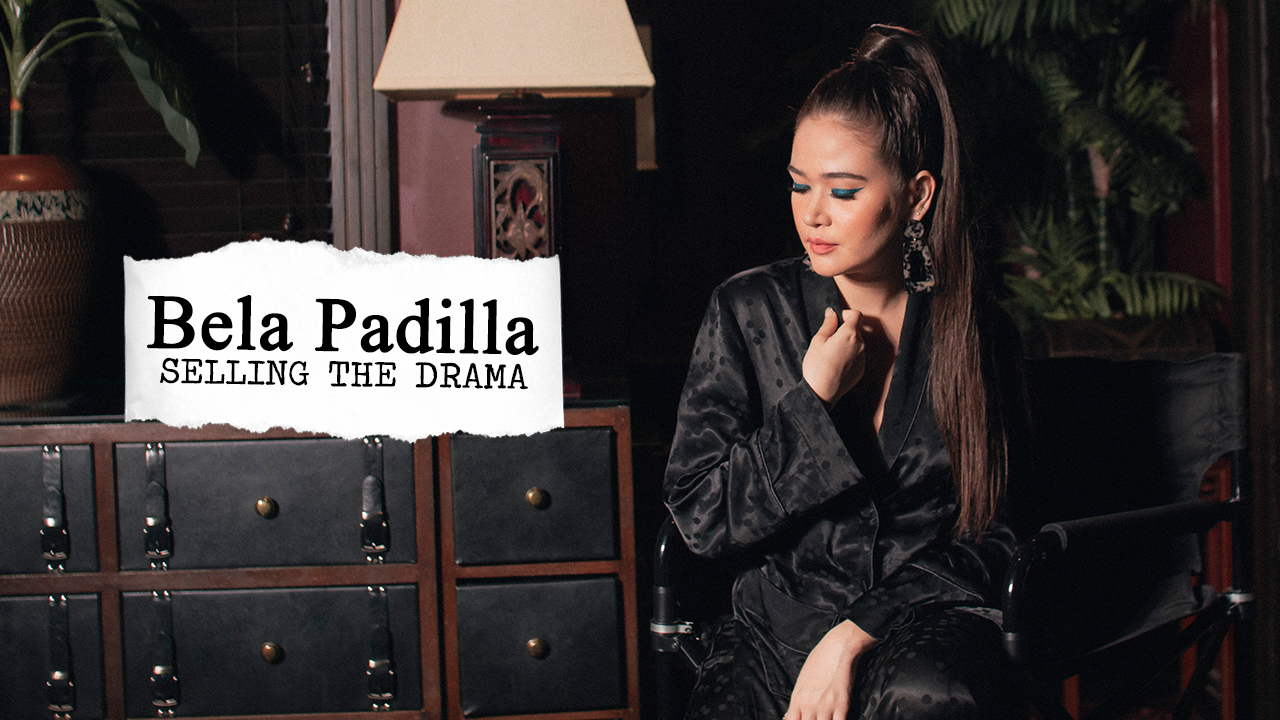 We’ve reached the end of our cover story on All-Around Artist, Bela Padilla, and while we put the spotlight each week on what makes her the ultimate multi-hyphenate, we’ll be closing November off with her last persona—as a Producer and Director who has begun creating her very own show.

Looking back at our interview and editorial shoot at Belle & Dragon, Bela had been so grounded and easy to work with. Too grounded, in fact, that I was amazed at how much work she has done for the industry both in front of the cameras and behind the scenes, slowly but surely changing the game with a mind and creativity so unique. “I started writing because I wanted to do roles that aren’t on screen yet, and I wanted to watch films that weren’t on screen yet,” she shares.

In our final interview, continue reading as we talk about the upcoming show she has produced, the challenges of being a new producer, and what she’s cooking up to end 2018. 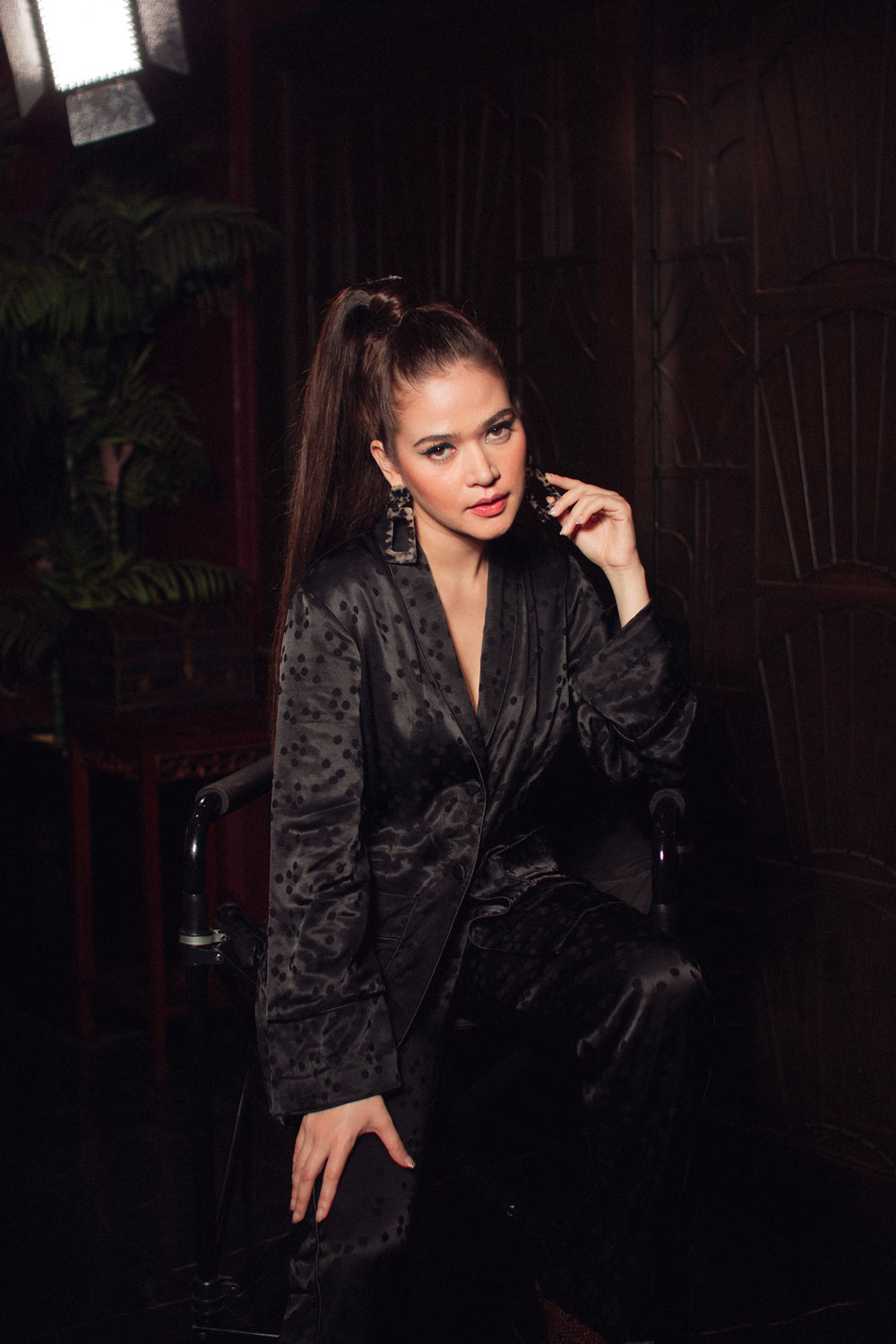 We read that you’ll be the line producer of an upcoming show on ABS-CBN. Without revealing too much, can you tell us a bit more about it?

Sure! I can actually reveal a bit about it already. I’m actually not just line producing but also creating the show. There was a time last year in ABS-CBN where they called in writers to pitch several stories to a millennial panel, which is just crazy hard because they ask you the most millennial questions. (laughs) Like, “What’s the binge-ability of this?” Aren’t all shows supposed to be binge-able? (laughs) Because I binge-watch everything. Yeah, those were their concerns and you had to defend. It was like defending a thesis. It was crazy because I’ve never written or defended a thesis in my life. Right after high school, I went straight to acting, so I was like, “This is how it feels like.” So, there was a series of pitching; weeks and weeks of pitching, and I was asked to pitch any of my concepts, and out of three stories I pitched, two got approved, and one of them is a movie, while the other one is a digital series. The digital series is called, “Apple of My Eye” and it’s about a girl named Apple who refuses to use technology and ends up meeting a guy who’s an app developer. I wanted to play around the idea of how to court someone, because we’re still very Filipino. Just a few days ago, I heard a guy mention the word, “Courting” or “Nanliligaw” and that’s a very Filipino tradition. So, how does an app developer who doesn’t expose himself to the world anymore—he talks through his Bluetooth earphone, he listens to Spotify, he uses Waze for directions, he’s so heavily dependent on technology—how does he court a modern Filipina who refuses to use technology? Like how do you text each other to meet in Glorietta or Trinoma or wherever? (laughs) So basically, that’s the concept. I wrote the pilot episode and the storyline for all the episodes, but I hired a different writer to fill it in because I just cannot anymore—like I’m so tired. (laughs) But they asked me to create it—so I formed a team, a very nice young and I’d say, very vibrant team. I got Direk James Mayo—he was the director of Kuya Wes for Cinemalaya. He’s directing it. It’s going to star Marco Gumabao and Krystal Reyes. Krystal, for me, is one of the best actresses of her generation. She started out as a child actress, and I’m excited to see what she can do with Marco, and Marco, as we know, is an upcoming cute guy. I feel like he’ll be the next Noah Centineo in the Philippines. (laughs) Every episode title is a play of words. We will try to tackle one app every episode. Like for this one episode, it’s Waze but the girl wants to use a real map. So, it’s that kind of the story. It’s very light.

There are challenges to being an actress, model, and writer, but can you tell us the challenges of being a producer?

I wouldn’t say I’ve had any work yet as a full-on producer. Most of the time, I’m credited as a producer because I put money into the movies. Not really because I helped with the logistics of the project—like who to hire and stuff like that. I mean, at the end of the day, I will be asked, and I can recommend people, but I leave that up to people who really are designed for that job. I don’t have that power to say I want this person as my DOP, unless I take that responsibility. But if not, I’ll just suggest. So my producing is more on that side first—putting the money in. My first real production is Apple of My Eye, and it’s so hard. It’s really hard. We have three group chats, I don’t know why. We’re all the same people in all the group chats, and I have to answer all of them. I realized when you’re a producer, you have to ask for favors from everybody, from all your friends. It’s going to work—all the friendships will work when you’re producing. You want to ask for free music, a discount on this, all of that. That’s the hard part. You have to be super humble, I think, when you’re a producer—because you’re asking for so much from people. Also, casting the right people. Obviously, you have people in mind but at the end of the day, they’re not available, or they’re asking for too much, or it doesn’t work out schedule-wise—so all of that, you get disappointed a lot as a producer, because when you think of an overall project, you don’t want to
change it too much and then you have no choice sometimes, so you have to. That’s the sad part, I think. When your dream doesn’t materialize exactly as you thought it would turn out to be. I now appreciate everyone I’ve been working with in the last 11 years, because I see now how hard it is as all of that—as a director, a writer. I see now that I’m such a small part of the equation as an actress. It’s weird when you’re an actor, and I know that I’m not just speaking for myself—you’re so focused on your character that you think that’s the only important thing while you’re on set, but the director has to think of all the other characters, your producer has to think of, “We have to shoot only up until 2AM because we didn’t order breakfast for the next day.” All of that, I get it now. 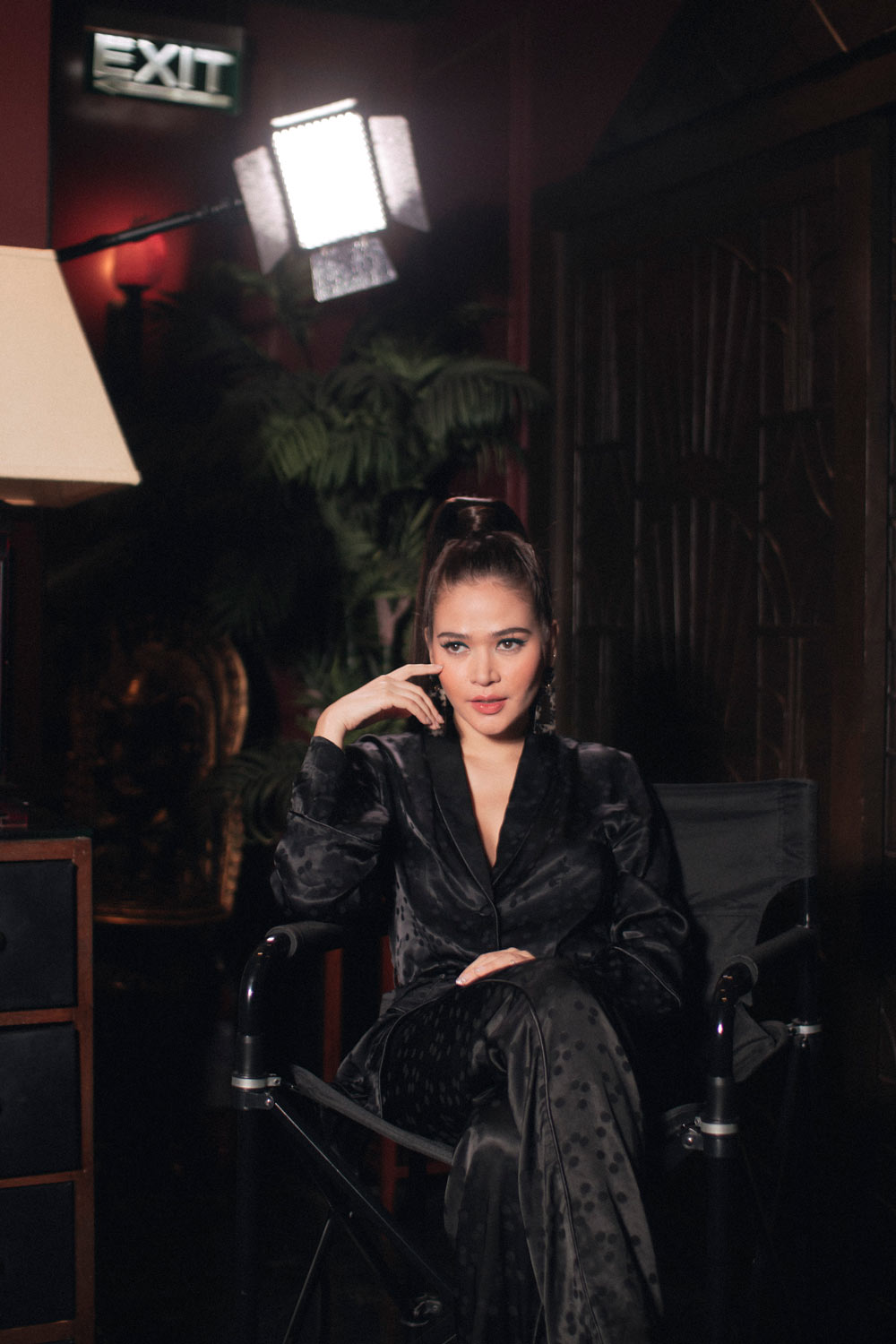 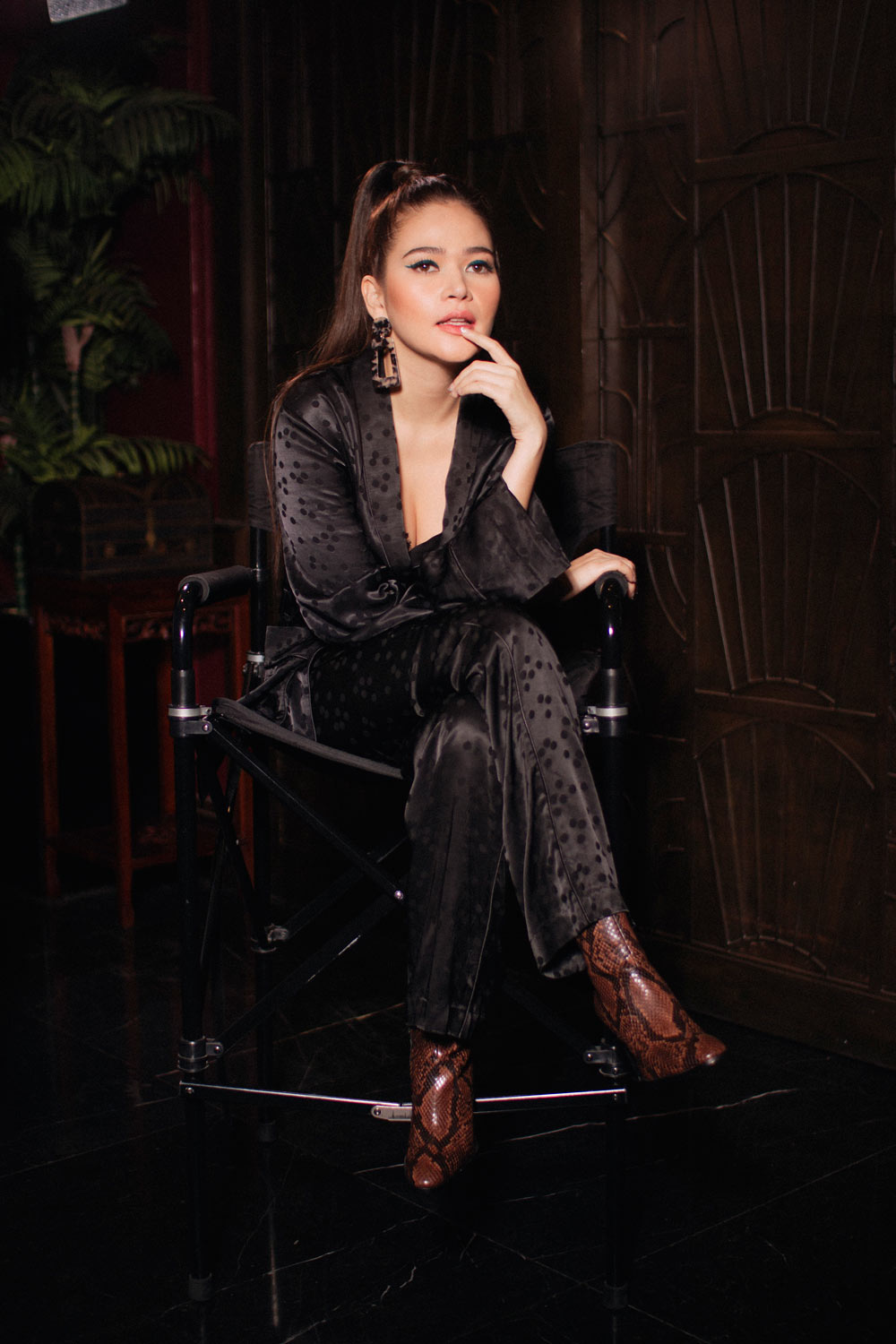 In creating your films, was there ever a time that you had to coach an actor or an actress? Like this is how you wrote the character, this is his or her mindset, etc.

Never. I’m lucky that all the people I’ve worked with so far are so professional. I’ve read articles that say I only write scripts for myself, for my friends, and yes, I do, because what’s the point? Why would I write it for people who don’t want to work? I write it for people who are hungry, people who really want this, for people who, like me, want to slowly change the system, I guess. I mean, we’re not really trying to change—but more of improve the system in any way we can. I’m not even saying we know how to, but I want people like that. People who feel like they want to, and they can. And yes, I do write for myself, because that’s the whole point. I started writing because I wanted to do roles that aren’t on screen yet, and I wanted to watch films that weren’t on screen yet. And, I will, yes, write for my friends, because I want to give my friends jobs, so it should be something that serves something you want or else why would I want to keep doing it? It’s so tiring. When I worked with Toni and Piolo, Piolo was so into the character that it made me admire him even more, not just as a friend, but as an actor and a person, that at that age, he’s still so dedicated. So many years in the industry and he spends that much time really taking care of his character. He asked for a playlist right before starting, and he would play it every day in his tent to get into the mood. He lost so much weight for the role to look like the suicidal Mark that he played, and I was just so amazed. I hope, and I’m blessed to keep on working with these kinds of people who are just so hungry to work.

Last question to wrap up your cover story—what are you cooking up for 2018? Are you going to end it with a bang? Is there something up your sleeve that you haven’t released yet?

(laughs) I don’t think I can say yet. But I do have a movie script coming out. It’s already in pre-production. So watch out for that!

Catch up on our All-Around Artist and read her previous cover stories below: 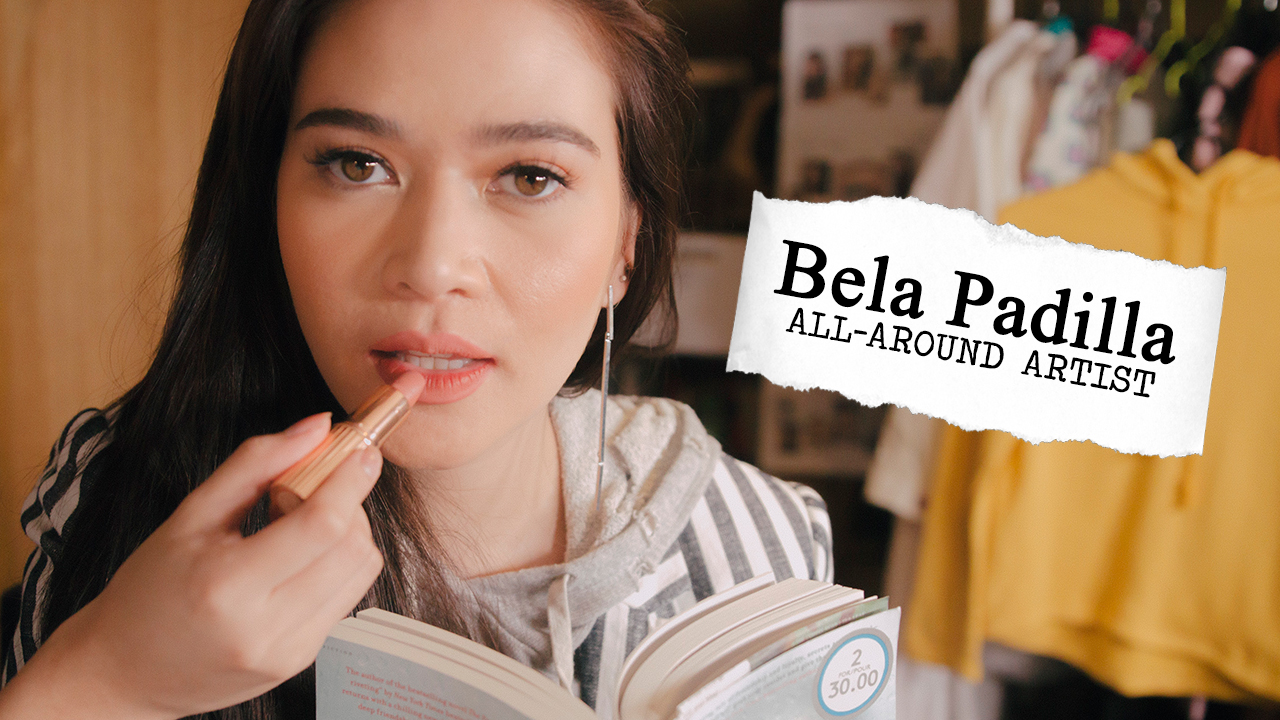 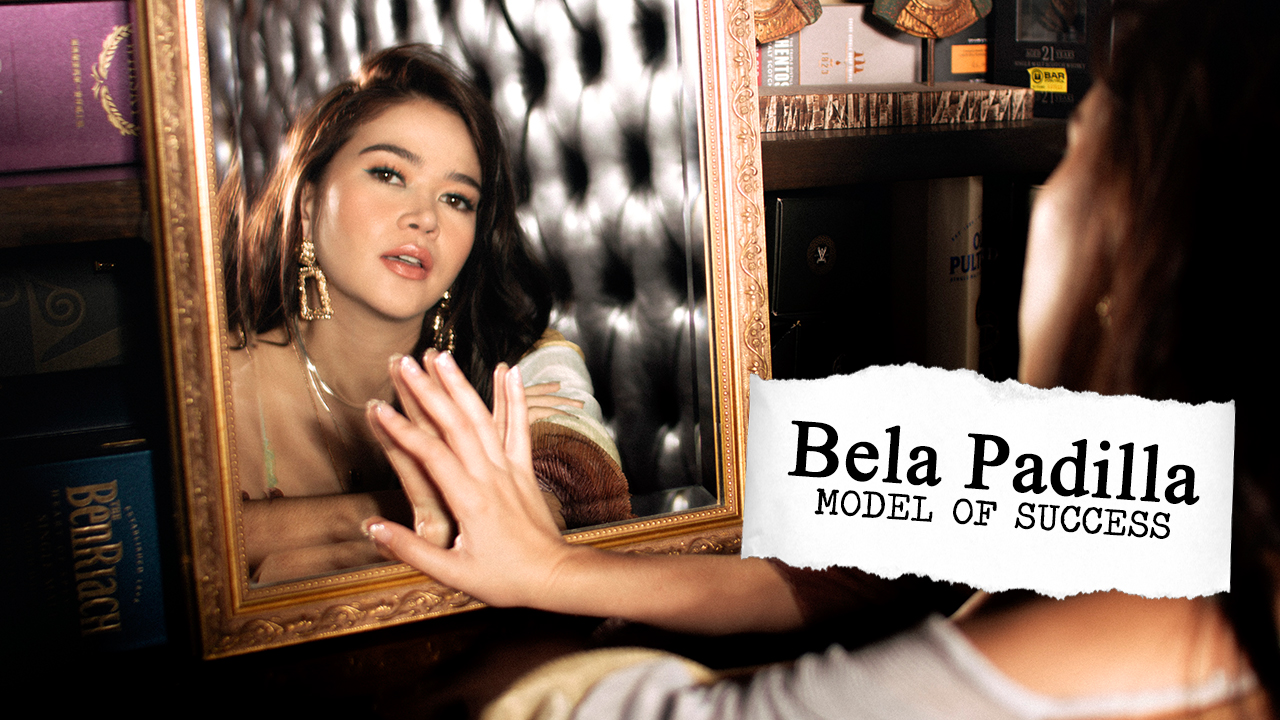 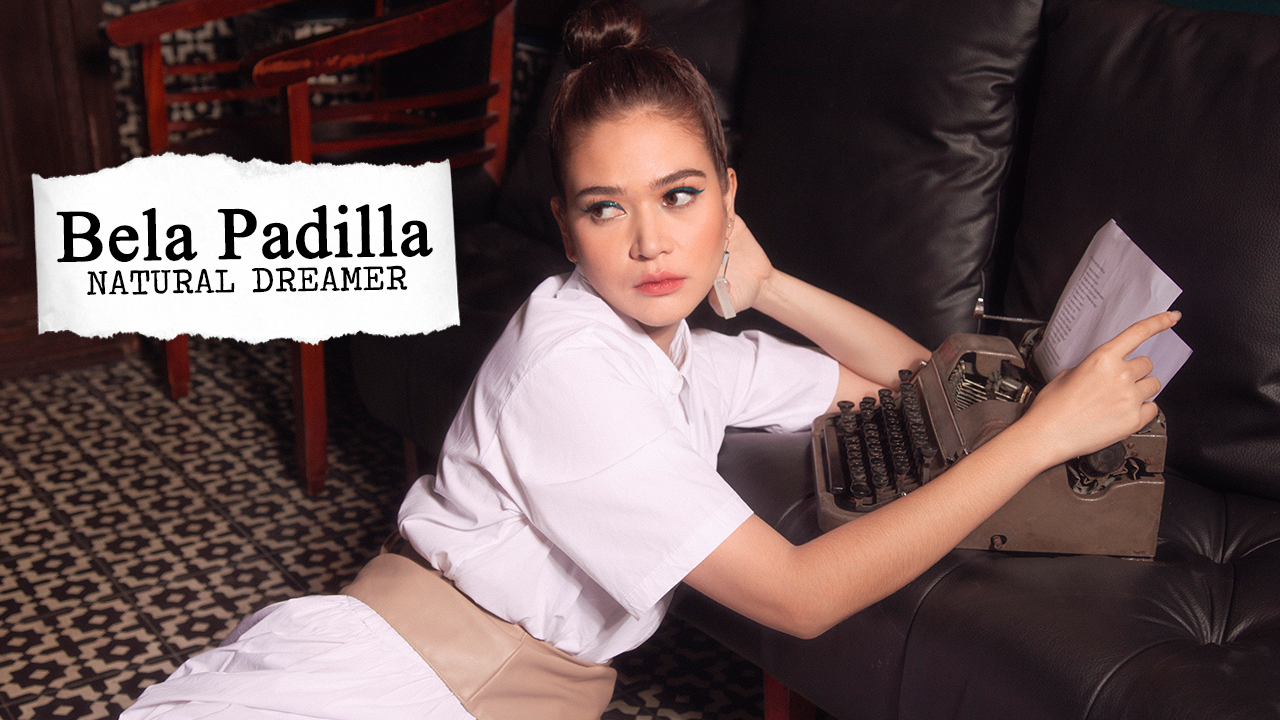